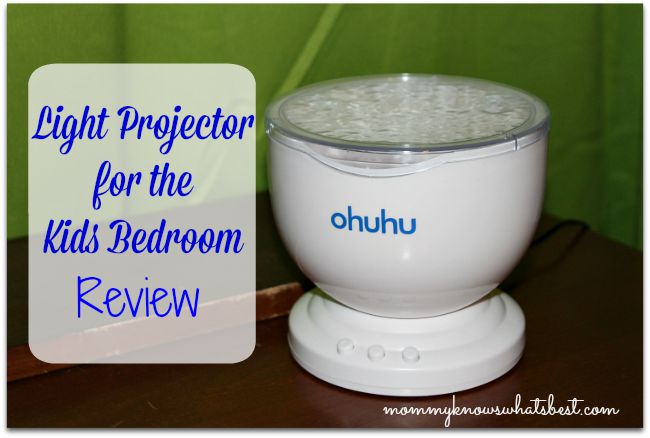 I don’t know about your kids, but my kiddos take a little while to calm down at bedtime. They’re all in the same room, so they chat for a while before falling asleep.

I was looking for a way to calm them down and help them to fall asleep sooner. I was so grateful when Ohuhu sent me their Light Projector to review! 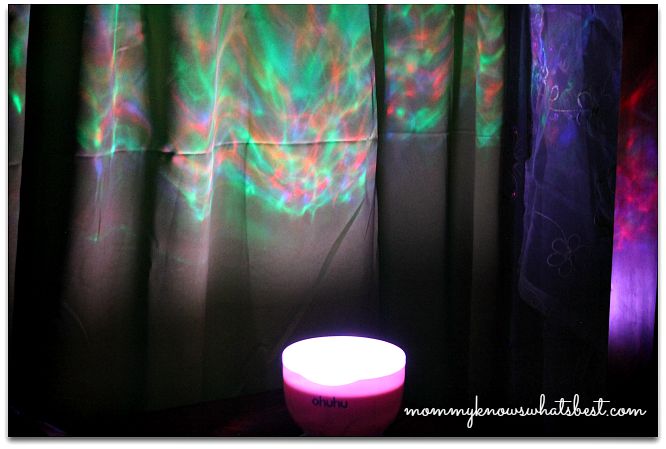 Originally, the Ohuhu Light Projector is marketed as a Romantic Relaxing Ocean Wave Light Projector, but I saw the potential in it for my kids’ room. I like that it has 8 brightness modes and that it can connect to a music player for a lullaby effect.

Most of the light modes are just simple waves and color changes, but there’s one or two modes where the light changes quickly. We avoid those ones at bed time, but they’d be so much fun at a party! 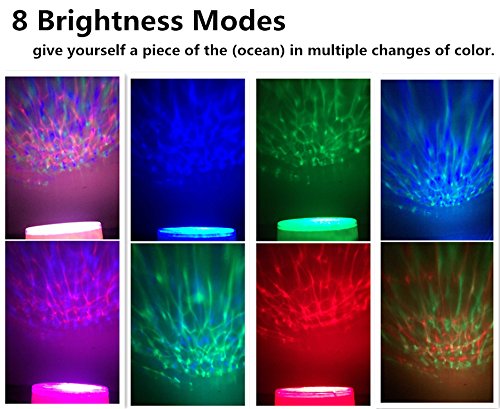 These are some of the modes in my kids room. The waves continuously move, as if you were looking at water.

I also REALLY like that it shuts itself off after an hour. It gives my kids an hour to relax and unwind before the waves go away. They know that if they’re not quiet and asleep before the hour is over, the room will be darkened.

The light projector can be powered by either batteries or a USB cable. I prefer the cable so that we don’t go through a million batteries, but it is rather short. I’d recommend to the company to make the cable a bit longer in the future.

If your kids would love a light projector like this, you can find it on Amazon:

Thanks again to Ohuhu for sending me this light projector to review!