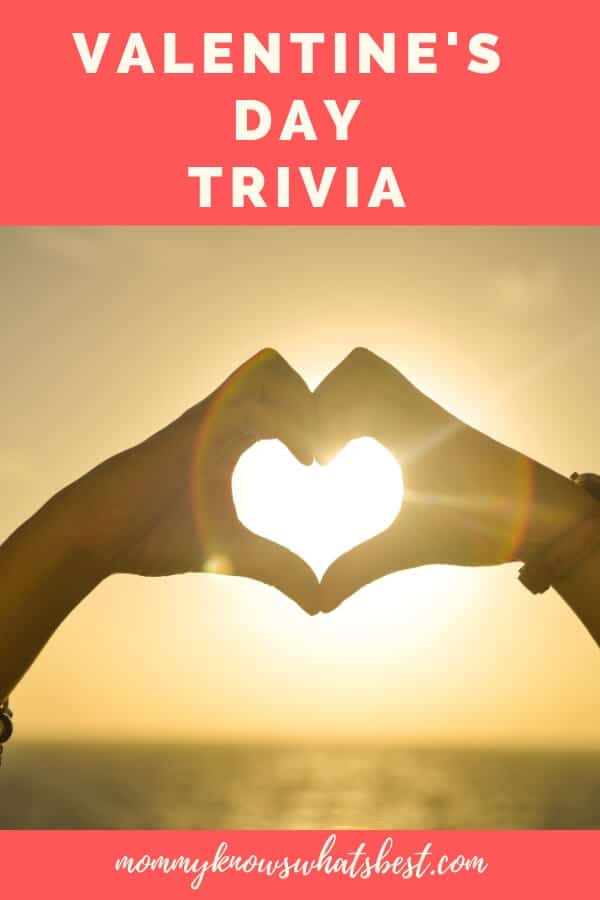 Valentine’s Day is coming soon! Here are some fun trivia facts about the holiday of love:

In the Middle Ages, young men and women would draw names from a bowl to see who their ‘Valentine’ would be. They would wear the names they chose on their sleeves for a week, which is where we get the phrase, “to wear your heart on your sleeve”.

Europeans during the Middle Ages believed that birds chose their soul mates on February 14th.


St. Valentine, the man for whom the holiday is named, died on February 14th. There are several stories about him, but none have been verified. He and his cause are a mystery, but he is considered the patron saint of lovers since one account says he married people in secret when the law said they could not be married because they were Christians.

Around 36 million boxes of chocolate are sold for Valentine’s Day gifts.

Around a billion Valentine’s Day cards are sent each year to lovers, family, and friends, making it second only to Christmas when the most cards are exchanged.

Cupid was a Roman god who was depicted as a small winged child. His name comes from the Latin word cupido, meaning desire.

In Greek mythology, Cupid was known as Eros, god of love.

Tell Me: Are you celebrating Valentine’s Day? What are your plans?

I did my homework. Check out the sources below for more fun trivia and Valentine’s Day facts!